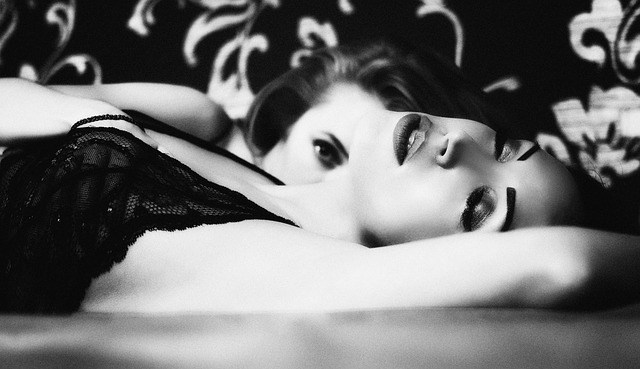 Ways To Deal With Insecurity

Insecurity: The lack of security, confidence. A prisoner of the mind.

“Every day I am afraid of the next”. — A youth, Ekaterinburg, Russia.
“Where there is no security, there is no life”. — A man, Dagaar, Somaliland.

With only a few exceptions notably in some isolated communities poor people report feeling less secure and more fearful than they did ten years earlier. The page begins with poor people’s definitions of security. Regional trends and some gender differences are then highlighted. This leads into a typology of shocks and stresses. The chapter concludes with some reflections.

What does security mean to poor people?

“Security is peace of mind and the possibility to sleep relaxed”. — A woman, El Gawaber, Egypt.
“To be well is to know what will happen with me tomorrow”. — Middle-aged man, Razgrad, Bulgaria.

The term security seems to describe one of poor people’s major concerns. In general security implies stability and continuity. Vulnerability implies the inability to cope with shock or misfortune. Increases in insecurity and vulnerability result in pervasive anxiety and fear. For poor people security has many local meanings.

Based on the views of a range of groups in Krasna Poliana, Bulgaria security has four dimensions: stability of income, predictability of one’s daily life, protection from crime and psychological security. Financial security means a stable and steady income. Pensioners say, “There is security, stability when you have a job and stable pay.”

The second type of security—predictability of daily life—is prominent in descriptions by the Roma people. They worry more about unpredictability than income security. A community report from Bulgaria says that Roma men describe security as knowing “what to expect”.

The third type of security—protection from crime—is linked to feeling safe. Insecurity arises from lack of law and order and increased crime. A group of men and women in Krasna, Poliana say, “People are afraid in general. Of crime, of going home alone late at night”.  Large-scale drug addiction and prostitution have also become a threat. To feel safer people now have iron bars installed on their windows and doors; there should be tougher laws and coordination among authorities.

The fourth meaning of security—psychological security—focuses on the emotional, psychological sense of belonging to a social group. A group of men and women explain, “You have a sense of security when you are free and loved by your close ones”. The youth raise both practical anxieties and more existential ones: “How could you feel secure when you are a mere mortal and could die suddenly? I am insecure but I don’t think I will be surprised by anything.”

On the basis of people’s descriptions types of insecurities can be broadly linked to the following factors:

Social Insecurity – means when you are anxious in an established social situation and you do not coincide with the principles of that society.

Professional – when you are afraid of losing your job or in panic that you will not get a new one.

Personal Insecurities – they can be many including marital to relationship status, friendship, relatives’ opinion, teachers, parents, moral, ethical and many more.

Insecurity is a very flawed character trait that results from low confidence and low self-esteem which is often due to rejection or a humiliating experience as a child. Thus feeling socially inadequate causing worry about what people think about them. They want to be liked by people and will go out of their way to please others because they don’t want people mad at them. Insecure people often compare themselves with others to see how they “stack up” against the perceived “competition.”

An insecure male will often be controlling in his relationship because he feels he is not worthy of having his woman and therefore fears his girlfriend will find a better man. He gets angry and jealous if another man only looks at his woman in admiration. He will listen in on other people’s conversations to hear if people are talking bad about him or will read his woman’s diary to see if she is betraying him. Insecure people will often insult or bully others to feel better about themselves. They will also lie about their alleged “success” to impress people. Basically insecure people hide their real self to avoid being rejected or despised because most of their perceptions are false.

Abraham Maslow described an insecure person as a person who “Perceives the world as a threatening jungle and most human beings as dangerous and selfish; feels a rejected and isolated person, anxious and hostile, is generally pessimistic and unhappy, shows signs of tension and conflict, tends to turn inward, is troubled by guilt-feelings, has one or another disturbance of self-esteem, tends to be neurotic and is generally selfish and egocentric”. (Maslow, 1942, pp 35). He viewed in every insecure person a continual, never dying, longing for security (Alegre (2008)).

A person who is insecure lacks confidence in his or her own value and one or more of his or her capabilities, lacks trust in himself, herself or others or has fears that a present positive state is temporary and will let him or her down and cause him or her loss or distress by “going wrong” in the future. This is a common trait which only differs in degree between people.
Insecurity may contribute unto the development of shyness , paranoia and social withdrawal or alternatively it may encourage compensatory behaviors such as arrogance , aggression or bullying in some cases.

Ways Of Dealing With Insecurities

1) Stop Confusing Imagination With Reality
Making stuff up and then believing it is a sure-fire way to self-torment. The over-imaginative flyer may even fantasize the sound of the landing gear coming down in an engine falling from the plane. They scare themselves by assuming what they imagine represents reality.

2) Avoid The Certainty Trap
Overcoming relationship insecurity is partly about becoming less controlling. This may sound strange but feeling that: “This relationship must be exactly as I think it should be!” is a form of over-control. A sign of insecurity in relationships is when the desire for certainty becomes too strong.

3) Give The Relationship Room To Breathe
When you plant a seed in the ground you need to give it access to sunlight, water and air; you need to give it space to develop.  Your relationship needs room to breathe. Schedule some ‘separate time’ and just see it for what it is. The developing flower needing space to grow isn’t a sign that it is heading for collapse.

6) Stop Comparing Current Relationships To Past Ones
Have you ever taken an instant disliking/liking to someone merely because they reminded you of someone else who you disliked/liked? Some people do this with their relationships.

7) Change What You Believe And You’ll Change How You Feel Emotionally
The belief to dissolve is that we are inadequate and somehow not good enough. These are the beliefs that create emotions of insecurity and fear. The emotions are not the problem they are just the resulting symptom of negative core beliefs. The “not good enough” image is a construct of our imagination. It is a belief about ourselves created by the mind concluding that we are “not good enough to meet the image of perfection.” A step to changing this belief is to recognize that we are the one observing the “self” image.

8) You Are Not An Image In Your Mind – You Create Them
Lack of awareness about how your mind misleads you can result in failed efforts to improve your confidence and self-esteem. Often people try to prop up their confidence with efforts to become their image of perfection. This great effort usually involves reinforcing the belief that we should be that fictional image.

9) Surround Yourself With Supportive People
There are only a few people in my life who get me. Who really gets me when I’m insecure?  Surround yourself with people who remind you of what is good and unique about yourself.

A Recommendation To Read: “Positive Thinking” – Another Source To Help With Insecurity.

Thanks for taking the time out of your life to read this article.  Any questions or concerns, send all emails to admin@loyaldetermined.com or our office address: 2288 Gunbarel Rd. Suite 154/388, Chattanooga TN 37421. Our Cash App: $LoyalDetermined