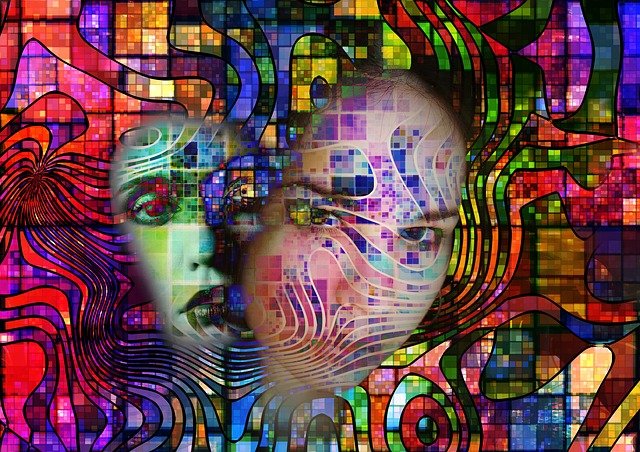 The majorities of us have a friend or loved one that suffers or has experienced psychological illness at some point. While there are various types of mental illnesses, one of the most demoralizing on the sufferer, their family members, friend and the community at large is “schizophrenia disorder”. This post covers what you should know about the disease, its symptoms, causes, and treatment among other things.

Schizophrenia is a chronic and debilitating mental disorder that affects how an individual behaves, thinks, and feels. It impacts a person’s ability to differentiate between what is imaginary and what is real. Schizophrenia can affect anyone – male or female, young or old, and the sufferers usually have a shorter lifespan. Their lifespan is shorter by approximately 0.7% when compared with that of normal persons. A report also shows that the illness affects about 1% of the U.S population.

Generally, patients suffering from schizophrenia are socially and occupational dysfunctional, and often have a fuzzy view of reality. They tend to speak in strange ways, unresponsive, and always feel insecure with imaginations that someone might harm them. They may even refuse to bath, eat or even change their clothes. All of these can be a great concern for people around the
sufferer. Besides, most of the Schizophrenic patients do not pose dangers to people around them and are usually not violent.

Contrary to the common myths, Schizophrenia is nothing like split or multiple personality disorder. It is also not a result of poor parenting, lack of willpower or childhood experiences. The illness can lasts a very long time, though its symptoms might disappear for a period and may reappear at some stage.

This is the most common type of schizophrenia. The sufferer conduces to lose touch with the real world by struggling with heavy anxiety and fear. The symptoms include a strong sense of paranoia, unreasonable sense of importance, irrational mood swings, and auditory hallucinations. The reason for the delusions varies per individual, but the overlying sense of conspiracy and persecution is constant.

Those who suffer with paranoid schizophrenia are often able to maintain a relatively normal life, simply because the symptoms can easily hide, and there are no physical behaviors connected with this kind of schizophrenia. However, they are likely to appear later in life when proper social behaviors are already established.

This is a rare type of schizophrenia, and its most notable symptom is unresponsiveness or disturbance of movements. It can imply that a patient is nearly immobile and will resist any motion attempt. In addition to a lack of movement, patients suffering from catatonic schizophrenia may deliberately make repetitive motions or take unusual body positions that are irrelevant. Another symptom is imitating other people’s movements or repeating what they have said.

Hebephrenic schizophrenia or Disorganized schizophrenia is characterized by disorganized behavior and confusing thoughts. The sufferer encounters illogical thinking and actions, which are activated by environmental factors. Delusions are not really prominent with this sub-type of schizophrenia. Furthermore, emotional reactions are usually inappropriate or blunted, communication can be incoherent, and simple daily activities can be difficult to complete.

A sufferer can be classified as having residual schizophrenia once the symptoms begin to lessen. This does not mean the symptoms are gone, but only reduced compared to the more acute stage of the disease. The patients can maintain a functioning lifestyle, but may also still require intermittent treatment and hospitalization.

Due to the changing nature of schizophrenia, it is possible that a person will, sometimes be diagnosed this way. Undifferentiated Schizophrenia is a general category for individuals with schizophrenic symptoms that do not fit into a specified category.

Schizophrenia illness occurs in three stages that continue advancing if no medical measures are taken. Symptoms generally start showing up from age 16 and in some cases, children also have Schizophrenia. The developmental stages include:

CAUSE OF SCHIZOPHRENIA DISORDER

Unfortunately, the root cause of schizophrenia disorder is not known till date. But experience has made doctors to hypothesize some unusual factors that can put a person at a much higher risk of getting the illness. They may include:

SIGNS AND SYMPTOMS OF SCHIZOPHRENIA

Schizophrenic symptoms vary with the type of schizophrenia a person suffers from. When you first see an individual with signs of the illness, you may not realize the presence of any underlying mental illness. But the most common pointer relates to paranoia, where the sufferer imagines himself as a victim of different kinds of conspiracies. Other symptoms that Schizophrenia sufferers may develop include:

1. Delusion: This is when a person develops false ideas that seem real to them even though they are not. For instance, thinking that someone is trying to spy on them, when there is actually nothing like that.

2. Hallucinations: This is an act of feeling, seeing, tasting, hearing or smelling something that is actually unreal. Hearing voices and sounds is the most common form of hallucination that Schizophrenic sufferers experience.

3. Disorganized speech and thinking: Providing incoherent answers to questions, losing thoughts during conversations, jumping from one topic to another without obvious logical reasons are some of the actions that describe disorganized thinking in Schizophrenic sufferers. Actions that portray disordered speech include creating words and sounds that don’t exist – and doesn’t actually make sense. They may keep repeating words and ideas without a reason. They may provide irrelevant and unnecessary details, and may also speak a lot without getting to the point.

5. Extreme Emotional Indifference: Not showing any feelings or emotions in everyday life situations can be a sign of schizophrenia; although it is also a sign of some other mental disorders.

6. Social withdrawal: Avoiding gatherings and get-togethers with their friends and family is another sign of schizophrenia.

7. Disorganized Behavior: These include behaviors like inappropriate and unprovoked outbursts, impetuous and uninhibited actions. The sufferer may have issues with hygiene, and may feel tensed, agitated, and nervous without any obvious reason.

b) Reduced Functionality: Schizophrenia sufferers do experience reduced executive functionality. This implies they have difficulty in paying adequate attention, time management, planning and organizing, switching focus and remembering details. They have issues with maintaining relationships and being independent. Daily activities also become difficult for affected people.

When some schizophrenia symptoms are not very severe, people around the sufferer may think they are just seeing some bad or drug induced behavior. Ignoring the symptoms and leaving it untreated can, however, result in severe complications.

HOW IS SCHIZOPHRENIA DIAGNOSED?

It can be tricky to properly diagnose schizophrenia, because its symptoms are similar to other mental illnesses such as bipolar disorder, depression etc. Meanwhile, there is currently no lab or physical test that can convincingly diagnose schizophrenia. However, a psychiatrist generally makes the diagnosis based on clinical symptoms. Physical testing can rule out several conditions (such as the effects of street drug use, metabolic disorders, seizure disorders, brain tumor, thyroid dysfunction, etc), which sometimes have similar symptoms.

TIPS TO HELP LOWER THE RISKS OF SCHIZOPHRENIA

Now that you know what schizophrenia is about, the subtypes available, symptoms and causes, the next thing is to learn about tips that will help lower the risks of getting the illness. The following are a few tips:

DEALING WITH SCHIZOPHRENIA AS A CAREGIVER

A caregiver of schizophrenia sufferers has many responsibilities. They usually provide support for anyone suffering from schizophrenia, especially when the patient is going through difficult situations because of the symptoms of the illness. As a caregiver, it is therefore important that you encourage and motivate the patient, providing a calmer and more pleasant view of the world around them. It is also important for a caregiver to know that their patient requires consistent supervision and monitoring, and that they cannot take care of schizophrenia patients alone.

The treatment for schizophrenic disorder generally includes a combination of the following:

a) Inpatient treatment
b) Medication
c) Vocational training
d) Therapy (including family, group, and/or individual therapy)
e) Education (for the individual and their family)
f) Residential or day treatment program

Schizophrenia sufferers require a careful and timely medication to survive and help improve the quality of their life. With adequate support and care from friends, family members and the community, the patients can learn to live responsibly.

To prevent frequent occurrence, physicians prescribe medicines after a few tests. Once the tests confirmed schizophrenia as the specific mental disorder, treatment starts. The medicines so prescribed are quite efficient to a considerable extent. Research has also shown that symptoms of Schizophrenia disorder can be treated effectively with anti-psychotic, anti-depressive and anti-convulsive drugs.

Nowadays, some other treatments such as personal therapy, the electro conclusive therapy (ECT), and stem cell therapy is helpful in treating schizophrenia to a large extent. Apart from these, physicians emphasize a balanced diet that provides all the essential nutrients the body needs, especially those rich in vitamin E.

Note that going to a schizophrenia treatment center may not be a pleasing situation for anyone, even if it is the supposed treatment for schizophrenia. Hence, you should be very observant to know when your loved ones are developing schizophrenia symptoms so they can get the necessary support, therapy and medication.

Schizophrenia disorder is a chronic disease that is (at the time of writing) incurable. But it does not mean that the patients cannot recover from their illnesses. A timely intervention and proper treatment is, however, the only way to overcome schizophrenia disorder. Adhering to the treatment plan can help to lower the worsening of the schizophrenia condition and also help patients lead a productive life.

Thank you for your time. For more informative posts like this, visit https://www.loyaldetermined.com. Send All Request & Donations To: 2288 Gunbarrel Rd. Suite 154/388, Chattanooga/TN 37421. Our Cash App: $LoyalDetermined

PLANNING THE LIFEBLOOD OF BUSINESS VENTURES

Buying Vs Leasing For Your Business