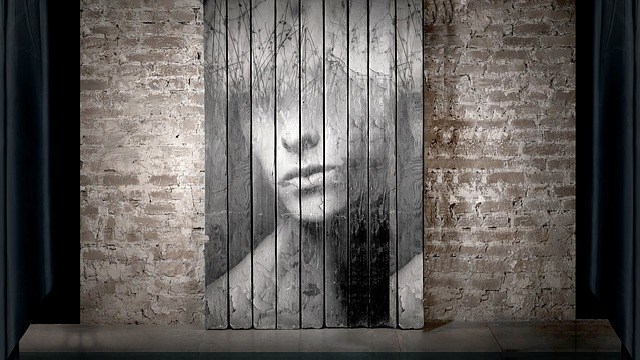 Rape and sexual assault are sexual acts which take place without someone’s consent. Such sexual violence can have a devastating effect on health and wellbeing.

Types Of Sexual Assault And Abuse

Sexual abuse is common particularly for women and girls. Sexual abuse and sexual assault are umbrella terms used to refer to a number of sexual crimes. These crimes include:

Rape: Forced sexual contact with someone who does not or cannot consent. Forcing sex upon someone who does not want it, who is intoxicated or who is not legally old enough to give consent all constitutes rape. Though a handful of States specifically define rape as forcible sexual intercourse, any form of forcible sexual contact can have long-lasting effects on the victim and most States now recognize forced oral sex and similar forms of assault as rape.

Child Molestation: Child molestation is any sexual contact with a child. Many children who are molested are too young to know what is happening and may not fight back. Some abusers use the child’s cooperation in these cases as “evidence” that no one was harmed. Examples of child molestation might include fondling or demanding sexual favors from a child.

Incest: Incest describes sexual contact between family members who are too closely related to marry. While incestuous sexual activity may occur between consenting adults this is not common. The majority of all reported incest occurs as child abuse.

Sexual Assault: Non-consensual sexual contact with another person. Sexual assault includes behavior such as groping and any unwanted sexual touching. Attempted rape also falls into the category of sexual assault or sexual abuse.

Why Does Sexual Violence Occur?

There are many factors that contribute to the occurrence of sexual violence.  It is important to understand that perpetrators not victims are responsible for sexual violence happening.  Perpetrators have a strong sense of entitlement and use power and control to commit acts of sexual violence. Most perpetrators adhere to rigid “traditional” gender roles that focus on the inequality of women.  This allows them to treat women and the targeted victim with no regard or respect.

Who Is At Risk?

The key risk factor for experiencing sexual violence is being female. There is a higher prevalence of sexual violence amongst young women but it can happen to anyone of any age. Since gender based violence is so common many women experience more than one form of abuse during their lifetime. Sexual victimisation during childhood or adolescence increases the risk of both physical and sexual abuse in adulthood.

Because many people do not take the sexual assault of men seriously believing that men, especially men who identify as heterosexual or who are assaulted by women cannot be victims of rape, male victims of sexual abuse and assault often face a culture that tells them their abuse results from either weakness or homosexuality. Some are reluctant to label their assault as rape or abuse or even mention it at all. However a reluctance to disclose may be a barrier to treatment when treatment can often be of significant help in resolving the feelings of guilt, shame, fear, anger and depression that might follow a sexual attack.

Sexual Assault In The LGBTQ Community

Sexual abuse of children can take many forms and includes behaviors where there is no physical contact such as exposure or voyeurism. Childhood sexual abuse is common: 44% of sexual assault victims are under the age of 18, and one in 10 children are abused before the age of 18. Although the abuse of children may in some cases stem from a sexual attraction to children, a perpetrator may also abuse a child in order to gain power over the child. A perpetrator will often also threaten or manipulate the child to prevent him or her from disclosing the abuse.

Rape and sexual assault can have a serious effect on short and long-term physical and mental health. This may vary according to the nature of the assault, when it took place, previous history of abuse and the other circumstances of an individual’s life.

Experiencing sexual violence as an adult can trigger intense reactions for those who experienced sexual abuse as a child and is linked to significantly elevated levels of Post-Traumatic Stress Disorder (PTSD) and depression. Cumulative experiences of repeat victimization can lead to what is described as complex PTSD.

Those who experienced sexual abuse as children are more likely to be sexually abused again later in life, abuse drugs or alcohol, experience an eating disorder and have difficulty enjoying or engaging in intimate contact as an adult.

Sexual abuse teaches victims that their bodies are not really their own. Victims often report feelings such as shame, terror, depression and guilt, and many blame themselves for the assault. Some of the mental health challenges that survivors of sexual abuse face include:

Depression: The loss of bodily autonomy is often difficult to cope with. It can create feelings of hopelessness, despondency and lead to diminishment in one’s sense of self-worth. These feelings can lead to depression that may range from mild and fleeting to intense and debilitating.

Anxiety: For many people who struggle with anxiety the feelings have no clear source. But for sexual abuse survivors the loss of bodily autonomy coupled with the fear that the attack could happen again can cause intense anxiety. Some may develop agoraphobia and become terrified to leave their homes. Others suffer panic attacks, symptoms of physical anxiety or a chronic fear of the type of person who harmed them. Someone who was raped by a tall, fair-haired man with blue eyes may instinctively dislike, mistrust or fear all men encountered who match that description.

Post-Traumatic Stress Disorder: PTSD might be described in this case as anxiety, depression and intense memories of the abuse. Intensely disruptive flashbacks may occur and in some cases they might even cause an abuse survivor to lose track of surroundings. A related condition, Complex Post-Traumatic Stress (C-PTSD) yields symptoms of traditional PTSD as well as a chronic fear of abandonment. Some people with C-PTSD also experience personality disruptions.

Attachment Disruptions: It can be challenging particularly in children who have been abused to form healthy attachments with others. Adults who were abused as children may experience insecure attachment patterns, struggle with intimacy or be too eager to form close attachments.

Addiction: Research suggests that abuse survivors are twenty-six times more likely to use drugs. Drugs and alcohol can help numb the pain of abuse but often substance abuse can lead to the development of different concerns.

Triggers: Triggers are stimuli that remind survivors of the abuse they experienced. A rape victim whose attacker chewed spearmint gum might be triggered into a flashback by the smell of spearmint for example. Though triggers vary widely, violence, subsequent abuse and intense discussions of abuse are among the most common triggers.

Sexual abuse does not only leave psychological scars. It can also have long-lasting health consequences. A person who is assaulted may sustain bruises and cuts or more severe injuries such as knife wounds, sprained or broken bones and torn or damaged genitals. Some victims develop sexually transmitted infections. Others may become pregnant as the result of an attack. Survivors may also experience health concerns such as chronic pain, sexual dysfunction, fertility problems and decreased immunity as well as other unexplained aches, pains, or illnesses.

Dealing With The Trauma Of A Sexual Assault

Sexual assault can be a lonely and frightening experience. You may be left feeling shocked, confused and overwhelmed. You may find yourself unprepared to deal with the many thoughts and emotions that arise. You may find that you can’t eat, can’t sleep or that you’re petrified to do things that used to come naturally. Sometimes you may feel like your mind has detached from your body and it’s just watching what your body is doing.

These are all normal reactions if you have been sexually assaulted.
In time you may find yourself trying to understand why the assault occurred in the first place. Why did this happen to ME? Did I do something to encourage the assault? Why didn’t I resist more or fight harder? What sort of person would commit such a crime against another?

Therapy For Sexual Assault And Abuse

Though sexual abuse is a traumatic and life-altering experience recovery is possible. A compassionate therapist who understands trauma especially sexual trauma and its effects will often be able to help those who have experienced rape and other forms of sexual abuse. Research has consistently shown that the relationship between the therapist and the person in treatment is the most significant predictor of recovery. The following therapeutic approaches have proven especially effective:

Exposure Therapy often works well when the sexual abuse results in a specific fear. For instance a child sexual abuse victim who is afraid to go into the room where the abuse took place or who fears women who wear clothing similar to those worn by an abuser may benefit from such an approach.

Cognitive Behavioral Therapy (CBT) can help survivors abandon maladaptive approaches. A man who was abused as a child for instance might be so afraid of intimacy in that he avoids romantic relationships. CBT can help him uncover the automatic thoughts that cause him to avoid intimacy enabling him to steadily work toward healthy relationships and behaviors.

Effect of mental health on reproduction