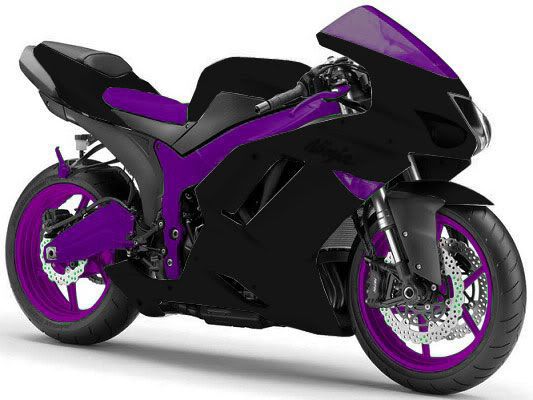 Prince Rogers Nelson, known simply as Prince passed away on Thursday, April 21 at his Paisley Park recording studio in Chanhassen, Minnesota at age 57. Just very few artists have created a body of work as rich and varied as Prince. During the 80s he emerged as one of the most singular talents of the Rock & Roll era capable of seamlessly tying together pop, funk, folk and rock. Not only did he release a series of groundbreaking albums, he toured frequently, produced albums and wrote songs for many other artists and recorded hundreds of songs that are still unreleased in his vaults. With each album he released Prince has shown remarkable stylistic growth and musical diversity, constantly experimenting with different sounds, textures, and genres.

In The Beginning
Prince was born Prince Rogers Nelson on June 7, 1958 at Mount Sinai Hospital in Minneapolis, Minnesota to John L. Nelson (a jazz pianist) and Mattie Shaw (a singer). His childhood was somewhat bitter as the little boy had to face the divorce of his parent by 1965. This was following their relationship that had gradually soured not long after the birth of his sister, Tika Evene in 1960. To make it worse Mattie’s decision to marry again in 1968 did not make life easier to undergo for him since he never got along with his stepfather – Hayward Baker who subsequently became the kid’s main reason to run away from home. Seeking for refuge in John’s residence it was during those times that he began to spark an interest in music after being given a guitar by his father.

In his effort to find a medium to develop his musical skills Prince then joined his cousin Charles Smith in a band called Grand Central alongside Morris Day, Andre Anderson and his sister Linda, the latter two being the children of a family which had taken him under their wing when he left his father.

Multi-Instrumental Prodigy And His Determination…
He was named for the Prince Rogers Trio, a jazz group fronted by his father. His mother Mattie occasionally sang with the combo, young Prince’s relationship with Mattie’s second husband Hayward Baker was difficult but Baker unwittingly helped set his stepson’s musical career in motion by taking him to a concert by singer-bandleader and the “Godfather of Soul”, James Brown. Prince was only ten years old but the electrifying stew of Brown’s funk, soul and energetic showmanship seared itself onto his imagination as would the fiery guitar of Jimi Hendrix.

Around the time he was eight he had a pretty good idea what the piano was all about. He had one piano lesson and two guitar lessons as a kid. He said in one of his interviews, “I was a poor student because when a teacher would be trying to teach me how to play junky stuff I would start playing my own songs. I’d usually get ridiculed for it but I ended up doing my own thing. I can’t read music. It hasn’t gotten in the way yet. Maybe it will later but I doubt it”.

By age twelve Prince had begun teaching himself to play the guitar Nelson had given him. He stayed with Nelson and with the family of his friend Andre Anderson. The Anderson clan eventually adopted him. Prince would soon master the drums, bass, piano and saxophone.

For His Record…
Prince signed a contract with Warner Bros while still in his teens and by 1978 he had released his debut, “For You” which featured the single “Soft and Wet.” Working with his band the Revolution Prince developed his trademark mix of funk workouts, soul balladry and metallic guitar wailing overlaid with his silky falsetto vocals on the subsequent efforts Prince, Dirty Mind and Controversy.

But he made his first huge splash with 1999 an ambitious double-length recording that exploded thanks to the apocalyptic dance music of the title track and the crossover sensation “Little Red Corvette.” The album remained on the charts for two years by which time the film and album Purple Rain had established Prince as one of pop’s megastars.

Recording and performing artist: 1976- Released debut album, “For You”, Warner Bros., 1978- formed and headed own subsidiary label, Paisley Park, 1987-93- produced and wrote for other artists including the Time, Mavis Staples, Vanity, and others, 1980- starred in films: Purple Rain, 1984- Under The Cherry Moon, 1986- Sign O’ The Times, and 1987- Grafitti Bridge, 1990- provided songs for films Batman and 1989- I’d Do Anything, 1993- he wrote songs for stage musical Glam Slam Ulysses, 1993- He changed his name to an unpronounceable symbol and announced retirement of “Prince” from recording, 1993- released EP, The Beautiful Experience, NPG/Bellmark, 1993- debuted interactive CD-ROM software and New Power Generation retail establishments, 1994- released Emancipation, 1996- Crystal Ball and 1998-  New Power Soul on independent New Power Generation label; controversial contract dissolution with Warner Bros., 1999- returned to the use of the name Prince, 2000 – released Rave Un2 the Joy Fantastic on NPG/Arista, 1999- released The Rainbow Children on the Redline Entertainment label, 2002.

His Personal life
Prince’s personal Life Entered a new phase at the same time as his business life did. He married Mayte Garcia a Puerto Rican-born dancer on Valentine’s Day in 1996. The couple had a son who died a week after birth from a rare skeletal disorder. Prince has never spoken publicly or even confirmed the widely reported event. The marriage lasted about two years. Prince later annulled his marriage in 1998 with the explanation in Time that “Mayte and I are joined for life and the best way to demonstrate it is to do away with the legal bonds that people demand.” As a sign of that bond they re-pledged their love to each other in a symbolic ceremony on Valentine’s Day in 1999.

His Business Savvy
The artist known as Prince died Thursday, leaving behind one of the most influential and best-selling careers in music history. The legendary rock star fought hard to protect his unique brand in an industry known for promoting cookie-cutter artists. Prince had a lot of business sense; a total of sixteen platinum albums as both a solo artist and a member of the bands Prince & The Revolution and Prince and The New Power Generation, according to the Recording Industry Association of America. Platinum is the industry certification for selling one million albums. His seminal 1984 album “Purple Rain” which includes hits like “When Doves Cry” and “I Would Die 4 U” has gone platinum 13 times, according to RIAA. He also won seven Grammy Awards and was inducted into the Rock and Roll Hall of Fame.

Prince was also a very smart businessman who kept a tight grip on his music. For instance, you won’t find any of Prince’s songs or videos on YouTube. He also limited the use of his music on streaming services, opting to drop Spotify and Apple Music in favor of an exclusive deal with Jay Z’s TIDAL. Then there was his legendary dust up with his record label, Warner Bros., in the early nineties. Prince famously changed his name to an unpronounceable symbol and went by the moniker, “The Artist Formerly Known as Prince,” in order to get out of his Warner Bros. recording contract. He went back to the name Prince in 2000 when the contract ended, but ultimately resigned with Warner in 2014. The artist also garnered acclaim in the film industry, winning an Oscar for Best Original Song for the 1984 film, “Purple Rain” that went along with the hit album. That cult classic went on to make $68.3 million and helped propel sales of the album “Purple Rain.”

His Project Before He Died
Prince was an extremely busy man up until his untimely death. The legendary singer was still performing and touring mere days before he passed. However he was also working on a very special project – a memoir.
He announced the memoir news during a concert in March. The working title is The Beautiful Ones.”This is my first (book),” Prince told a crowd. “My brother Dan is helping me with it. He’s a good critic and that’s what I need. He’s not a ‘yes’ man at all, and he’s really helping me get through this.” “We’re starting from the beginning from my first memory, and hopefully we can go all the way up to the Super Bowl,” he added.
The book was slated for a fall 2017 release on Penguin Random House imprint Spiegel & Grau (who made him “an offer I can’t refuse”). He already turned in 50 pages, according to publisher Esther Newberg.

Thank You For Your Support. Any questions or concerns send all emails to: admin@loyaldetermined.com or write to our offices at: 2288 Gunbarrel Rd. Suite 154/388, Chattanooga TN 37421