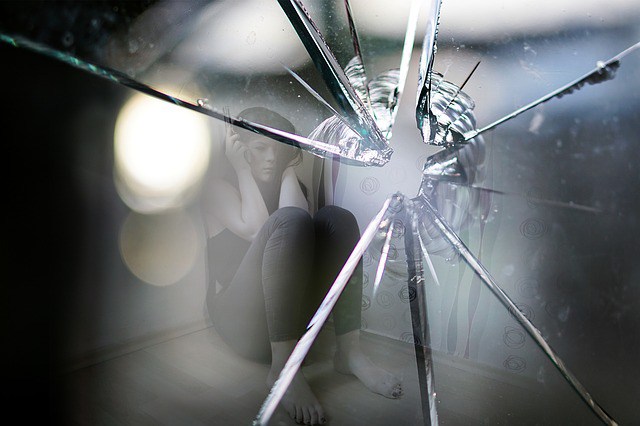 Paranoia is thinking and feeling as if you are under threat even though there is none or very little evidence that you are. Paranoid thoughts can also be described as delusions. There are lots of different kinds of threat you might be scared and worried about.

Paranoid thoughts could also be exaggerated suspicions. For example, someone made a nasty comment about you once and you believe that they are directing a hate campaign against you.

Paranoia a lot of times is a symptom of an underlying condition such as paranoid personality disorder, schizophrenia or delusional disorder, etc. The treatment of paranoia can include prescribed medicines and some different therapies or a combination of them.

The common feeling experienced by people suffering from paranoia is that they are targets of persecution by others. Their feeling ranges between hallucinating ideas of being the central figures in situations which are far from reality.  These ideas have very little connection to them in real life.

In paranoia your fears become amplified and everyone you meet are drawn into that web. You become the center of a threatening universe.

What Kind Of Things Can You Be Paranoid About?

Everyone will have a different experience of paranoia. But here are some examples of common types of paranoid thoughts. Thoughts like:

You might have these thoughts very strongly all the time or just occasionally when you are in a stressful situation. They might cause you a lot of distress or you might not really mind them too much.

What Counts As A Paranoid Thought?

Ultimately you have to decide for yourself.  Suspicious thoughts are more likely to be paranoid if:

Is Paranoia A Mental Health Problem?

Paranoia is a symptom of some mental health problems and not a diagnosis itself.  Paranoid thoughts can be anything from very mild to very severe and these experiences can be quite different. This depends on how much:

Lots of people experience mild paranoia at some point in their lives. This is usually called non-clinical paranoia. These kind of paranoid thoughts often change over time so you might realize that they are not justified or just stop having those particular thoughts.

At the other end of the spectrum is very severe paranoia (also called clinical paranoia or persecutory delusions).  If your paranoia is more severe then you are more likely to need treatment.

Paranoia can be one symptom of these mental health problems:

1) Homosexual fixation: According to Freudnthe patient suffering from the disease has repressed his tendency to homosexual love to such an extent that he develops a fixation concerning it. Freud’s view has been found correct in many cases but it does not explain each and every case of the disease.

2) Feelings of inferiority: Here the psychologists have found that the main cause of paranoia is a sense of inferiority that may be caused by a variety of condition such as failure, disgust, sense of guilt.

3) Emotional complex: Certain psychologist points out emotional complexes and also believe that they are seen to be present in other mental diseases as also in normal individuals.

4) Personality type: Cameron believes a certain type to be more susceptible to this disease, a personality that has sentimentally, jealousy, suspicion, ambition, selfishness and shyness, etc. Patients of paranoia do exhibit these peculiarities of personality but on this basis they cannot be said to belong to definite personality.

5) Heredity: In the opinion of Fisher the main responsibility of paranoia lies fairly and squarely upon heredity although he does not deny the importance of repression and emotional complexes. The causes of paranoia are not physical because no patient exhibits any signs of physical deformity and among the causes there are many important ones such as defects of personality, sense of inferiority, repression, etc.

Treatment And Cure Of Paranoia

The treatment of paranoia is not straight as other illnesses. This is a disease which is controlled and treated by using behavior therapy. It aims at cutting down the sensitivity of critics and works on the social skills. Since the person suffering is irritable, unwilling and protective about himself  it can be difficult to get the treatment progress. The idea of behaviour therapy is to break the cycle of suspicion through the use of anxiety management techniques and behaviour changes in certain areas of day to day life. A cure of paranoia is very difficult and it is essential that treatment should be started immediately as the disease comes to be known. Once it grows on a person there is no curing for it. The chief method of curing it is the following:

Self Help Tips For Paranoia

Strategies for Dealing with Paranoia

Take your medication every day as prescribed. Talk to your doctor about what you can do if you experience side effects. Upwards of 75 to 85% of individuals diagnosed with schizophrenia require long-term medication. Reality test if you are out in public with a friend or family member; ask them what they think is going on. Alternatively when you’re out in public on your own and interacting with another person or within the reach of another person ask yourself if there can be an alternative reason why something happened or a person acted a particular way. This involves dialectic thinking – accepting what’s going on and at the same time you change your perception of the event.

Develop a strong sense of self. You can simply choose to live with how you feel about it instead of beating yourself up for feeling that way.

See the good in what’s happening. If you’re aware your thoughts are paranoid and might be unfounded you have insight into what’s going on. Upwards of 50% of individuals diagnosed with schizophrenia have anosognosia, a symptom that is a lack of awareness that you have an illness. Thus they believe their paranoid thoughts are the truth.

Medication can reduce the effect of symptoms and in some cases totally stop symptoms. The better able you are to minimize the effects of the symptoms the easier it will be to function every day. The environment does have a big impact on symptoms, if you’re cut off from what gives you joy you will continue to harbor paranoia because you wonder what the people around you are thinking about you.

We are sending our Thanks/Appreciation to our loyal fans. We Love You!

13 Ways To Deal With Relationship Anxiety