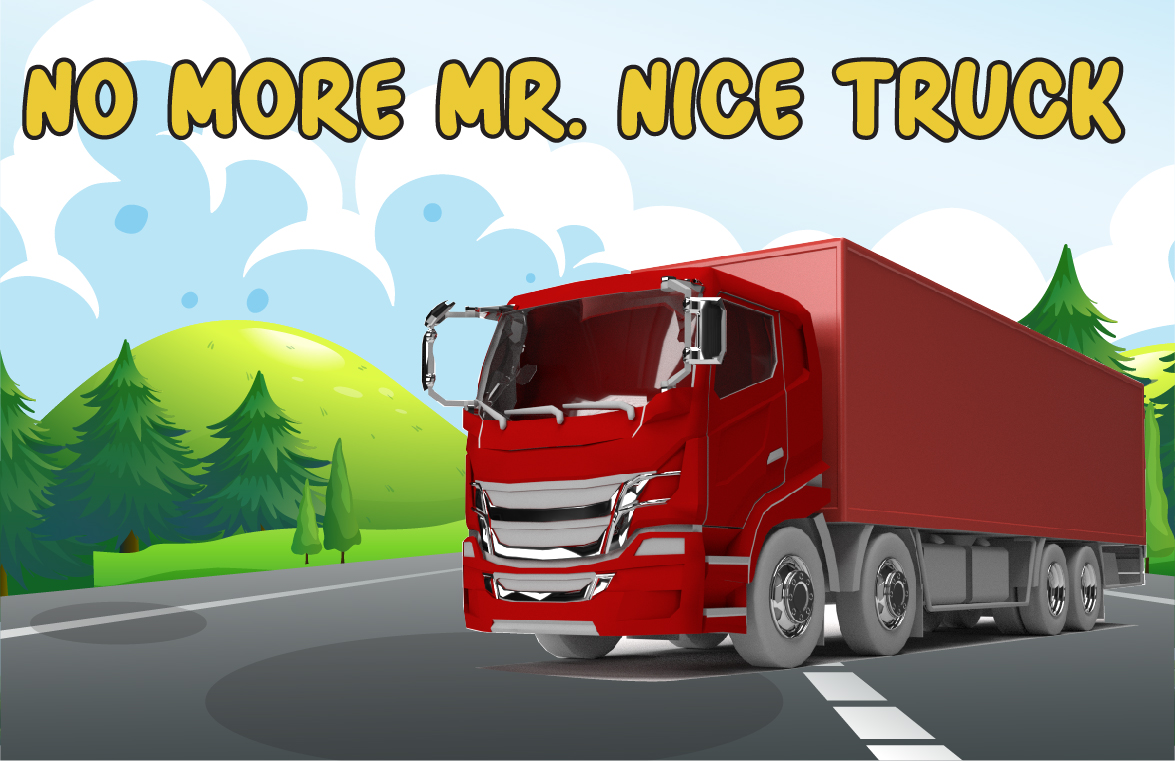 Didi is one of the most powerful engines on the rail. He’s also very generous and kind. However, there were a few troublesome trucks.

One morning, Natalie had delivered some milk, butter, and cheese for Didi to collect. They were loaded in these troublesome trucks for final delivery. But Tim decided to shunt these trucks.

Tim bashed into the troublesome trucks.

“Stop hitting the trucks, Tim. You will spill the milk”, exclaimed Didi.

“These trucks are nothing but troublesome. And that’s the only way to get them to do what you want. You need to show them who is the boss, so mind your own business Didi”, said Tim.

“No, Tim. Hitting the trucks is never the right way. It is always best to be kind and polite.” Didi advised.

Didi was coupled to the troublesome trucks again. But Tim was angry. He thought Didi should listen to him.

Tim came up with a very naughty idea. He positioned himself to be coupled to the end of the line of troublesome trucks.

“I will show Didi what troublesome trucks can do.” Said Tim.

The troublesome trucks were really having fun.

Didi did not know that the trucks would be so troublesome, but he reminded himself to be polite and nice. This made Tim even angrier and hit the trucks harder.

Didi puffed with his full speed.

“What’s going on?” Bako asked with surprise as Didi sped past him to the station.

The manager and some factory workers were already waiting for the delivery. Didi stopped so suddenly at the station and Tim bumped into the last troublesome truck. Three big cream containers flew into the air.

“Oh! no” the manager yelled.

The cream splashed all over the manager and some on Didi.

“My shirt!” the manager exclaimed.

“Oh no!”, Didi looked with surprise.

The manager was covered in cream and very angry.

“Didi, you have caused confusion and delay and terrible trouble to my trousers.” Said the manager.

“I am so sorry sir” Didi apologized.

Tim tried to sneak away. But Bako pulled up behind him.

“Where are you going, Tim?” “Didi, was Tim pushing you and the troublesome trucks?” Bako asked.

“Tim, was it you? Were you the one hitting and bashing me?” Didi asked.

“You have disappointed me greatly, Tim.” The manager said.

You must understand how to properly care for troublesome trucks.

“And the best rail engine to learn from is Didi,” said the manager

Didi was very proud and he helped Tim to learn how to deal with the troublesome trucks.

“One day, Tim, you will be the ruler of the railway as well.” Didi stated.