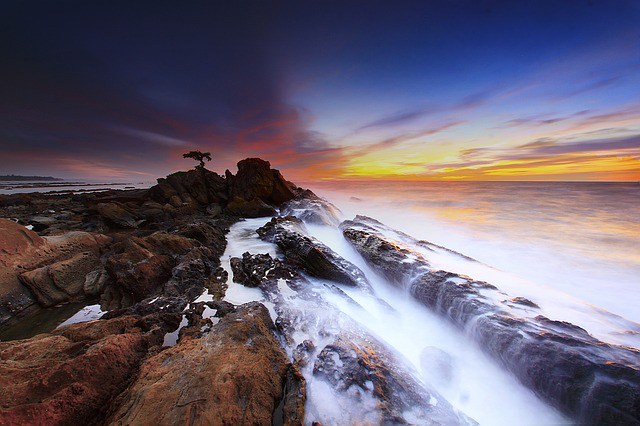 “I find that the harder I work, the more luck I seem to have.”
(Anonymous)

Whether you’re a seasoned entrepreneur or just starting your career your success will depend almost entirely on how well you can motivate yourself. Consider: A self-motivated but otherwise average person always outperforms a genius who can’t get going.

Motivation Up To Fearless

Unlike many elements required for success; financing, connections, experience or education, self-motivation lies entirely within your control. It doesn’t matter who or where you are. You can always motivate yourself to take action.

Self-motivation is like a muscle, the more you use it the stronger it becomes. And like a muscle it needs to be exercised in different ways so it becomes resilient and always ready to serve your goals.

Now the main question that arises is ‘How to motivate yourself?’  Others lay the foundation here. The easiest way to get yourself motivated is to surround yourself with people who are motivated.

That’s not always possible in the physical world but it’s always possible to draw upon the energy and wisdom of the past. The coolest trick is to keep trying as Thomas Edison did and in doing so he found 10,000 ways that don’t work.

One must build his/her self-motivation “muscle” so that it can sustain him/her through any doldrums and delays they might encounter. However, some people (and I’m one of them) need to know the science behind something before committing to it. That’s why I researched “The Neuroscience of Motivation”.

“Research suggests that when our brain’s fight/flight response is activated and we become aware of it, saying to ourselves “I am angry,” “I’m frustrated” or “I’m sad” is only likely to perpetuate the threat response.”

The reason is simple. When you say “I am” you’re making a statement about your identity which implies the permanence of that emotion. You’re saying to yourself  “This feeling is who I am.”

By contrast if you characterize your emotion as something you feel it doesn’t imply permanence since emotions are fleeting. Saying “I feel…” rather than “I am…” is more likely to result in:

“…a measurable shift in blood flow AWAY from the fight/flight centre and major muscle groups and TOWARD the prefrontal cortex (PFC), the very part of the brain that cultivates witnessing, empathy, and problem-solving.”

There’s another level though that Pratlett doesn’t mention which consists of characterizing your emotions as something that you are “doing” rather than “feeling” or “being.” Compare these three remarks:

The third statement puts you in control of the emotion. Yes you’re feeling it but because it’s something that you’re doing you can stop doing it. In other words you’re putting your mental energy into solving the problem of the negative emotion.

This system also works for positive emotions but the other way around.

It’s the first statement, the one that makes motivation a part of your identity, that creates the most power. The second statement not so much while the third statement implies you’re just “goin’ through the motions.”

In other words if you want to become more successful train your brain to:

* Characterize negative emotions as what you’re doing rather than what you’re feeling or who you are.

* Characterize positive emotions as who you are rather than what you’re doing or feeling.

Broaden your motivation as you know the science too!

As I’m sure you can imagine I’m a very self-motivated person. Even so about six months ago I started feeling burned out. Then I made what turned out to be a dumb decision: I pointed my dwindling self-motivation solely at my work.

I let everything else slide so I’d get the “important” stuff done. But despite all my self-motivation skills I was really struggling to get things done.

Then as the result of a conversation with a friend I realized that I was using self-motivation in the wrong way. I was using it to focus on one thing rather than expanding it to encompass my entire life.

You see I love writing this. I love giving speeches. I love helping people and companies become more successful. But in order to do those things well I must simultaneously be doing multiple projects that have nothing to do with work.

I’m now putting fewer hours into my business but I’m getting twice, no, three times as much work done. And I’m having a blast doing all the non-work activities that I’d unwisely put on hold.

The lesson (which I learned the hard way) is surprisingly simple: “Use self-motivation to make yourself successful at life rather than just at work.”

Thanks for reading. Check our on-line store at www.loyaldetermined.com.

If you decide to donate for our cause we have a donation tab below this article, Also there is a donation link at the beginning of the website or you can send your free contribution to 2288 Gunbarrel Rd. Suite 154/388, Chattanooga,TN 37421. Thank You For Your Support.

Why You Get Triggered At Work And How To Stay Calm

How To Deal With Adversity Part 2