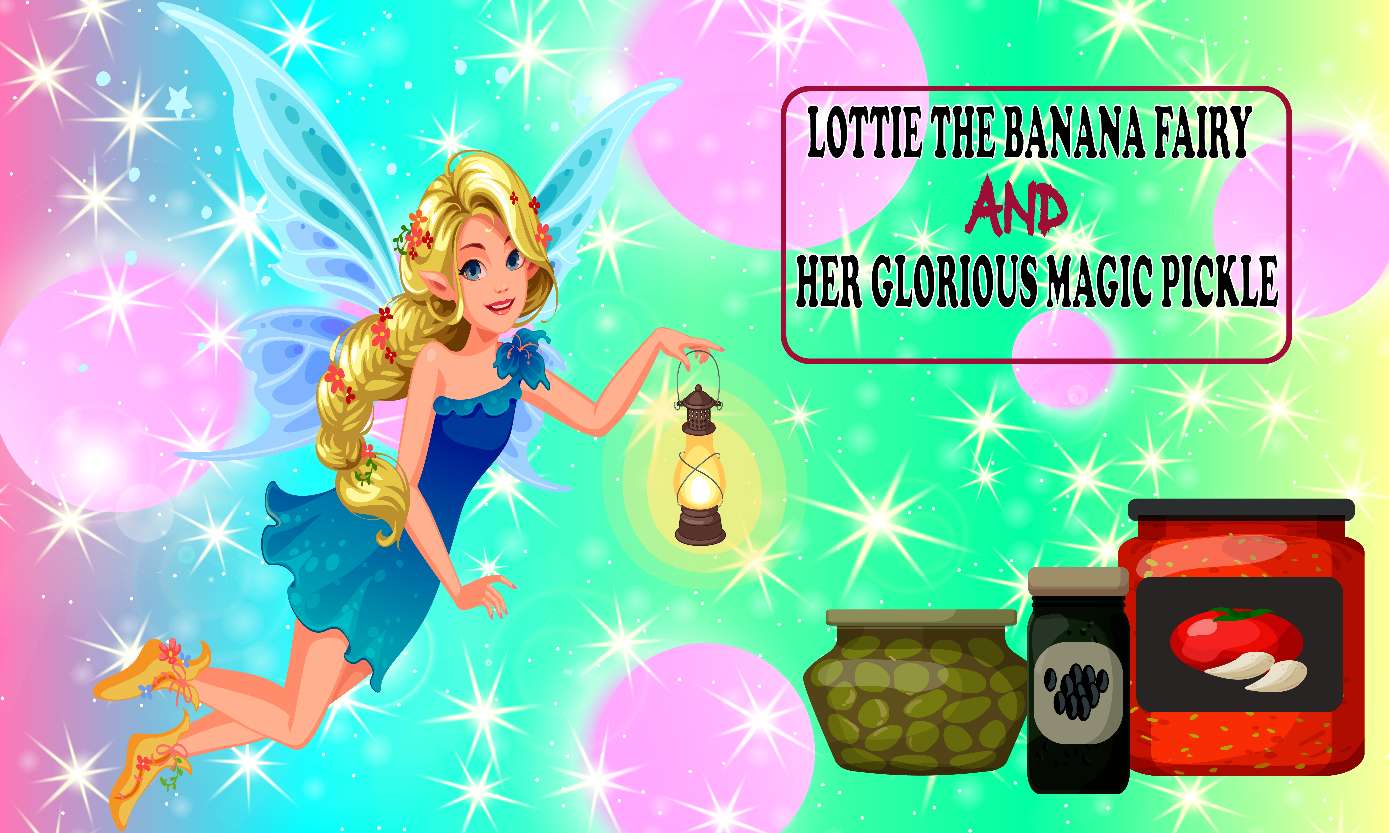 It was a wonderful day to play outside. The weather was cool and inviting, and the breeze, slowly blowing.

“Do you love playing with paddling pools as much as me?” said Alice.

Alice asked again, who is coming to the Magic Show?

Oh! The whole town? Alice exclaimed. I would have loved to come, but there are far-out whirlwinds about!

“This is a nightmare!” Shouted Terry

Terry queried, “can you believe it?”

“So, who could help with this tough problem?” Alice quizzed.

“I have never seen a sun dial that bizarre before!” Alice howled.

Terry shrieked, “Me neither!”

Hi there, I’m Lottie, the banana fairy! Things have been really freaky ever since mother Parrot and the baby parrots stole my magic wand! Cried, Lottie.

They are some very silly trickeries the parrots are tossing around. The parrots are leaving whoopee bolsters everywhere. “What trouble!” said Lottie.

One of the baby parrots yelled, “Lottie is such an unwise oaf. She can’t even crush a grape!”

Alice howled, Oh no! Those stealing parrots have Lottie’s magic wand over there!”

Lottie the banana fairy whooped, “those parrots and their rotten plan are no more with the magic wand. I’ve got it back!”

Terry: (Smiling) “At last, mother Parrot and those baby Parrots are scampering away. Now Lottie can use her Magic wand to help us!