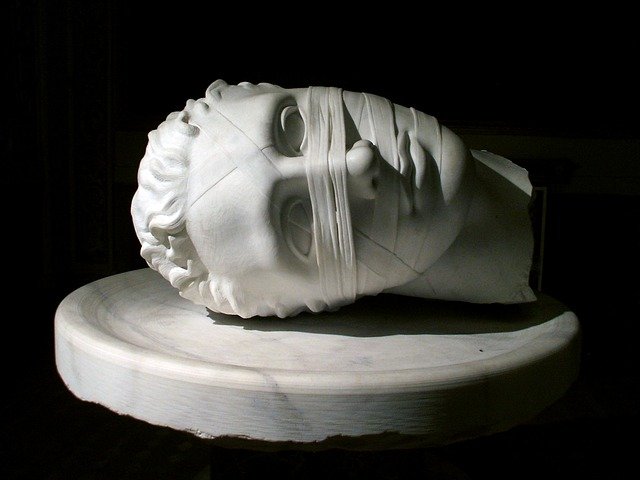 What is Mental Health?

Mental health according to the United States Department of Health and Human Services (2020) includes our emotional, psychological, and social well-being. It affects how we think, feel, and act. It also helps determine how we handle stress, relate to others, and make choices. Mental health is important at every stage of life, from childhood and adolescence through adulthood.

Over the last few years, the issue of mental health awareness has taken centre stage globally, this year (2021) alone has seen global superstars such as Lawn Tennis legend Naomi Osaka and gymnastics icon Simone Biles withdrew from Wimbledon and Tokyo 2020 Olympic Games respectively citing poor mental health conditions. The withdrawal of both internationally acclaimed superstars was met with a lot of criticism both locally and internationally, with both superstars being labelled “Weak and Spineless”. However, the sudden withdrawals by both superstars from global events of such magnitude further shed the light on the importance of mental health and that even some of the greatest performers on the planet experience this particular challenge.

Footballers such as Tyrone Mings who plies his trade with Aston Villa football club in the English Premier League has since come out to reveal publicly about the mental health problems he experienced at the just concluded UEFA EURO 2020 tournament. The tournament held in different cities across Europe to curtail the spread of COVID-19, with more and more public figures coming out to speak about their mental health struggles has helped raise awareness concerning the reality of mental health problems.

The World Health Organisation recognises the tremendous impact of mental health awareness and aligns with the advocation of the United Nations’ sustainable development goals. WHO also recognises that one of the major outcomes of declining mental health is depression, which doubles as one of the leading causes of disability. As a matter of fact, in 2019, 700,000 people died from suicide. More people died from suicide than from illnesses like HIV, Malaria, War, Homicide or Breast cancer. It calculates that at least one in 100 deaths are from suicide. Among young people, those aged 15-29 are more prone to depression and suicidal thoughts than every other age bracket. This information is helping the WHO develop strategies and policies in collaboration with different governments to map out programmes that can aid reclining mental health in young people, as well as advocacies for prevention and care.

Generally, most people feel uncomfortable whenever the word “disorder” is introduced to the conversations on mental health. For them, disorders refer to extreme insanity, utter mental degradation, madness, needing urgent and frequent psychiatric help. However, softer definitions only mean deviations from the norm. It is this mindset that often makes people overlook mild deviations from the norm. Little depressions here and there, a little and unattended dissatisfaction in oneself, an overlooked self-hate and low self-esteem, an ignored abuse, a misunderstood stress symptoms, an ignored rest, and so on. All of these “littles” eventually metamorphose into situations that are seemingly more complicated to navigate, hence resulting in extreme decisions and implications like suicide and disability.

Some of the prevalent types of mental health challenges including but are not limited to;

A little highlight on some of the above-mentioned disorders.

Mood disorders. This disorder is a direct hit on the emotional state of an individual. Oftentimes toned down in the guise of “mood swings” to make jest of people. This, however, is also one of the overlooked “littles”. Mood disorders reflect a mental situation where a person experiences long periods of extreme happiness or extreme sadness, or in some unique cases, both (Cleveland Clinic, 2018). According to medical professionals, mood disorders produce two varying types of disorders: Depression and Bipolar disorder (Cleveland Clinic, 2018). Depression grows from situations of grieve, hurt, pain, loss of a close relative, missed opportunities, and many more. These events of misfortune tend to leave a dent on a person’s emotional stability causing unrest and instability, this leading to depression, disabilities, and sometimes, death. Some types of depression include Postpartum depression (predominantly in women during or after pregnancy), Persistent depressive disorder (an extreme kind of depression that can span over two years or more). It is also known as dysthymia. Seasonal affective disorders (SAD) are also another prevailing type of disorder that is season-sensitive. Psychotic depression has some drama attached, like hallucinations and delusions.

Bipolar disorders on the other hand is a range of mood swings switching from depressive lows to some maniac highs. It often makes such persons widely unpredictable and difficult to work with. It could be in either of these levels of intensity;

Bipolar 1, this type of disorder is often the worst type of bipolar. It is often characterised by at least seven days of maniacs and up to two weeks of depression. Bipolar 2, and Cyclothymia are two other variants of Bipolar disorders but are on lower levels of intensity than Bipolar 1. They are more like the developing stages of bipolar disorders.

Some Signs of Poor Mental Health:

Given the multifaceted nature of mental health illnesses or disorders, it is important to recognize that there needs to be different approaches to helping people in different situations. Some of them are enlisted as follows:

ALL ABOUT DOMESTIC VIOLENCE

Mental Health is a Road Block to an Intimate Relationship