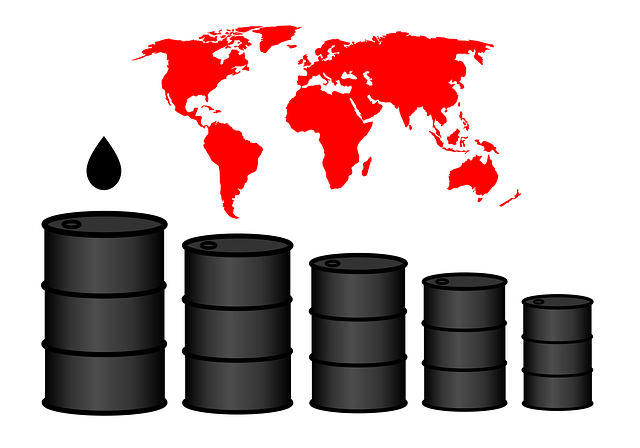 Since domestic, commercial, industrial, and public sector activities are heavily dependent on oil, fluctuation in oil prices globally hits the operating activities and spending powers of individuals, organizations, and economies. Numerous past precedents exist when oil prices immensely impacted the economic activities of nations and brought a major effect on the households as they were the direct and indirect affectees of variation in oil prices. Hence, keeping yourself well-informed of the current oil prices and expected changes in their prices becomes highly vital, especially of the petroleum prices, as they can cause a significant impact on the domestic budget and consumption decisions.

Our purchasing powers are affected by oil and petroleum prices in various direct and indirect ways. Firstly, our transportation is purely dependent on fuel. Hence, any elevation in petrol and diesel prices directly hits our buying capacities if any cheap alternative is not available for us to switch to. During the increase in petroleum prices, undoubtedly, private transport users have to suffer but public transportation users might get affected as well which primarily depends upon the transportation model of the country under consideration. Countries with regulated and subsidized transportation model will not let temporary petroleum inflation to hit the transport fares whereas the developing and under-developed countries with no or weak regulations on the public transport system will cause public transport users to bear the consequences of fare rate increase as triggered by this petrol price inflation.

Furthermore, oil prices often happen to impact the prices of household commodity items or daily household consumables. Although, this may be considered as an indirect impact but the magnitude of it is substantial. Again, the extent of this impact will depend on how the household consumables’ price structures work in each country. Oil prices affect the production cost of locally manufactured commodities due to freight and many industries are dependent on oil for operating their businesses. This results in probable transfer of the impact of escalated costs of oil to prices of end products which is ultimately bourne by the end consumers.

Several developing and under-developed countries experience power shortages or fluctuations in power supply. Hence, manufacturing entities that use oil or gas as resource input in those countries, usually, install their own power production facilities. Accordingly, during times of oil price escalation, even prices of alternative energy inputs increase due to shift from oil as an energy input. This expensive energy input enhances the overhead costs of manufacturing entities which will ultimately be passed on into the prices of end products thereby deteriorating their spending powers.

Oil prices severely affect the oil importing economies. Since oil invoices are Dollar-denominated, this strengthens the Dollar against the currencies of importing countries’ which makes the imports expensive in the importing country. The countries where manufacturers cannot locally locate the needed raw materials for processing them into finished goods have to import them. Increase in oil prices will transfer the impact of the same to final price being charged to public for end products as oil price increase makes imports expensive. On the other hand, often, manufacturers find local alternative for expensive imported materials inputs in the times oil price hike. This reduces the imports thereby adversely affecting the export cash inflows of exporting countries. So, imports and exports are both affected worldwide thereby affecting the global commodity trading and international economic growth.

Likewise, the end consumers who are heavily reliant on imported goods for household consumption, or otherwise, will bear a burden on their pockets as well. Increase in oil prices leaves less savings in wallets due to direct or indirect reasons which results in reduced economic growth since demand for goods are affected globally. This, in turn, again affects the exporting countries.

Interestingly, any stimulus that triggers reduction in oil usage globally will pull down the oil prices and will resultantly cause a reverse impact to what has been discussed earlier. Recently, global pandemic outburst of COVID-19 initiated the work-from-home business models and triggered the stay-at-home wave across the globe due to lockdown. This, initially, put a downward pressure on oil prices globally and consequently lessened the burden of oil prices on wallets. It has, however, been observed that consumption and spending patterns of public as a result of this pandemic outburst was not drastically dwindled as a whole during this virus because lethargic economic activities and less cash inflows were countered to a considerable extent with savings due to oil price reduction and decrease in oil consumption itself

Although oil price is not the sole determinant of your spending and consumption behavior but still, they have a significant capacity to suppress your purchasing power due to direct consumption and indirect impact through prices of commodities. Till the time arrives when economies reduce their dependency on oil as major energy input, develop a habit to save for the worst times characterized by sudden oil price escalation. These savings will help you pay off your utility and food bills during your tough times. I would be glad to hear how this article has been helpful to you. Send All Request & Donations To: 2288 Gunbarrel Rd. Suite 154/388, Chattanooga/TN 37421 Our Cash App: $LoyalDetermined

Reshaping your business scope with cryptocurrency