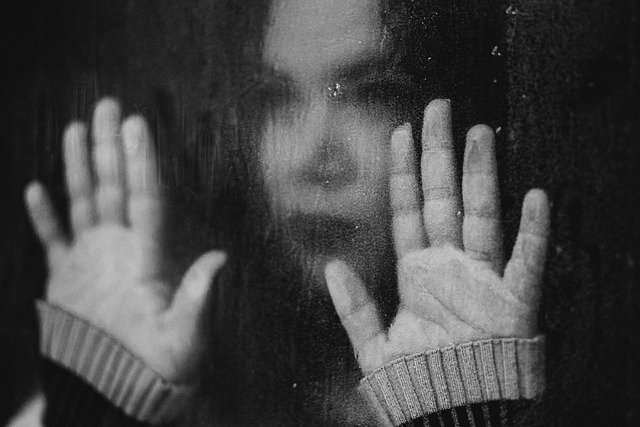 Drug addiction is a recurrent, chronic mental disease characterized by compulsive drug-seeking in spite of significant negative consequences. As defined by standardized exams such as the Diagnostic and Statistical Manual of Mental Disorders, Fifth Edition (DSM-V), drug addiction or substance use disorder is distinct from the occasional use of drugs of abuse in clinical terms. To be diagnosed with DSM-V drug addiction, individuals must meet the diagnostic criteria for each psychoactive substance, classified as mild, moderate, or severe depending on the severity. In general, substance addiction progresses through four stages: occasional use, recreational use, regular use, and addiction.

Addictive chemicals interact with neurotransmitters, and long-term use can significantly impact how they function and our emotions and behaviour.

Cannabis is the most extensively used illicit substance globally, and its legalization for recreational and medical use in the United States has significantly boosted its availability and consumption. Regular cannabis use has been shown to change brain function, particularly in the networks that enable working memory, attention, and cognitive control processing. Although there is a substantial body of literature with unfavourable findings among cannabis users, mounting evidence shows cognitive impairment with chronic, excessive cannabis use that lasts beyond the acute effects. Findings on general intelligence in prospective studies of teenagers are mixed. However, detrimental effects have been reported across a wide variety of cognitive domains, including, but not limited to, various elements of memory, executive function/working memory, and processing speed. Memory has continuously been harmed, with verbal learning and memory tasks being particularly vulnerable to the acute and chronic effects of cannabis.

Research shows that cannabis usage is more common among people with schizophrenia than in the general population. T.here is a positive correlation between marijuana abuse and schizophrenia.

Positive symptoms such as delusions, hallucinations, or disorganized or abnormal motor behaviour and negative symptoms such as diminished emotional expression, lack of interest or motivation to participate in social settings, speech disturbance, or anhedonia as well as cognitive dysfunction are all symptoms of schizophrenia spectrum disorders and other psychotic disorders. A higher incidence of some of these symptoms is noticed in people who smoke marijuana.

Cocaine is one of the most addictive drugs on the market today. Although most doctors are aware that “crack” is linked to cocaine, few professionals are fully aware of what crack is. Crack is cocaine (cocaine base) that is not powdered. Intranasally, the powder form (cocaine hydrochloride) is commonly “snorted,” creating a milder “high.” To vaporize cocaine hydrochloride powder for smoking, a high temperature (195°C) is necessary. When opposed to crack, which is a solid made by mixing cocaine powder with water and baking soda, the powder takes longer to create euphoric effects. As a result of this metamorphosis, crack has become a medication that is easier and more cost-effective to sell and, as a result, much less expensive.

Cocaine’s neurochemical actions are not selective. It activates other systems that control arousal, survival, food, mood, and sleep and stimulates the pleasure regions in the brain. Although extreme pleasure is felt, uneasiness, restlessness, agitation, suspicion, paranoia, muddled thinking, delirium, hallucinations, delusions, aggression, suicide, and homicide can also occur. Initial symptoms of psychosis include paranoia and suspicion. Patients who use cocaine experience paranoia in 68% to 84% of cases. Cocaine-induced hallucinations can last anywhere from a few hours to days or weeks. Suspiciousness, a prelude to paranoia, has been clinically linked to prior cocaine consumption. Patients who use cocaine and have continued, chronic psychiatric illnesses will have more frequent hospitalizations, often due to cocaine-induced paranoia and sadness.

The severity and speed with which paranoia manifests has been linked to a state of “sensitization,” in which symptoms worsen over time due to repeated use. Cocaine consumption has been linked to violence. Cocaine-induced mental symptoms almost certainly play a role in the genesis of aggression. Aside from an increase in neurotransmitters in the brain regions associated with pleasure, substantial changes in norepinephrine and serotonin levels in other sections of the brain may cause aggression, hyperactivity, impaired judgment, and paranoia. It has been discovered that inhaling crack cocaine causes more anger and violence than intranasal cocaine use. Daily usage of crack cocaine has also been linked to a higher number of illegal acts.

Cocaine use has also been linked to homicide. Cocaine or its metabolite, benzoylecgonine, was discovered in 31% of the 2824 homicide deaths in New York City. A significant proportion of New York City residents 27%, who died due to their injuries, tested positive for cocaine usage.

Cocaine addicts may have difficulty reasoning logically. Impaired executive functioning (decision making, judgment, attention/planning/mental flexibility) is the most commonly reported cognitive difficulty. Research has revealed that this cognitive dysfunction is predominantly related to the functional integrity of the prefrontal lobe. This part of the brain also controls the impulse control system. In the case of impulsivity in the face of acute cocaine cravings, the subsequent effect would be poor judgment. This is especially visible in chronic cocaine users.

According to neuroimaging studies, methamphetamine users have various impairments in brain function when compared to healthy controls. Changes in frontal, temporal, and subcortical brain metabolism are among them.

Heroin (or diacetylmorphine) is a semi-synthetic opiate that depresses the central nervous system. Its most serious side effect, respiratory depression, can result in death, especially when given intravenously. An overdose following heroin use after a period of abstinence might be fatal due to loss of tolerance (voluntary or not). The mortality rate among heroin addicts ranges from 1% to 3%. Addiction occurs in less than a fourth of those who have tried heroin regularly and continuously. Heroin addicts frequently arrive with various issues (for example, criminal behaviour) that have no apparent connection to their addiction.

Heroin activates the hedonic system, which provides a protective role against life’s traumas. However, because the opioid system is widely dispersed throughout the brain, more research into the effects of exogenous opiates on opioid receptors (,, and) in various brain regions is needed. Because of their activity on kappa receptors, opiates also induce unpleasant side effects such nausea, dysphoria, and disagreeable hallucinations. Understanding which effects are context-dependent and which are reliant on individual variability in kinetics and metabolism remains a major challenge in opioid neuropharmacology.

According to the findings, heroin addiction affects impulse control negatively. Ornstein et al. (2000) discovered abnormalities in the executive processes of attentional set-shifting and sequence creation in opioid and amphetamine users. Pau et al. (2002) discovered a link between opioid usage and executive functioning impairment, as well as the fact that heroin yearning levels predicted reaction time on heroin cues (Franken et al., 2000). This suggests that motivational-induced moods may be linked to selective processing (Franken et al., 2000). Although five years of heroin use had subtle impulse control difficulties, other cognitive skills evaluated, such as attention and mental flexibility/abstract reasoning, appeared unaffected.

Heroin can harm the brain in a variety of ways. First, it alters the brain’s reward system structure, preventing it from functioning correctly. This is the source of addiction.

Next, opioid receptors in the brain are associated with pain alleviation and breathing. Even at non-overdose doses, a heroin addict will have slowed breathing. When breathing becomes shallow, sluggish, or irregular, the body obtains less oxygen and suffers from depression. With less oxygen, the brain will begin to decrease the function of other body systems, perhaps causing organ damage. A lack of oxygen could also cause brain injury.

Heroin abuse has also been related to a type of brain degeneration that resembles Alzheimer’s. According to one study, the medication causes low-grade inflammation and protein accumulation in the brain.

Long-term heroin use can cause organic damage to multiple cerebral regions, resulting in psychopathological and neurophysiological effects that manifest themselves in the cognitive and emotional areas of mental functioning. Attention, concentration, memory, and perceptual-motor speed/coordination are the cognitive functions most commonly impaired by the toxic effects of opiates.

Memory is one of the cognitive skills that is susceptible to opiates’ toxic effects. However, it is essential to note that mnestic deficits do not emerge due to the heroin influence on the central nervous system. Mild loss to verbal memory was reported as a result of long-term consumption of large dosages of opiates.

During agonist opioid treatment, patients with opioid use disorder have a higher risk of psychiatric comorbidities (anxiety, depression, and sleep disturbances). Psychotic and affective symptoms are widespread in mental diseases, and their connection to substance use disorder has been well established in the literature. Psychosis usually develops before substance use begins in patients with heroin use disorder, whereas affective symptoms develop later.

Psychoactive substances have a significant impact on how the reward systems in the brain work. This can impact a person’s capacity to manage their behaviours and urges. As drugs alter complete brain chemistry, neurotransmitters, communication between neurons, cognitive and emotional functions are affected. In most cases, mental disorders improve over time after the short-term use of drugs. However, several studies showed that chronic drug use leads to many irreversible types of brain damage.

Paranoia And Ways To Treat Paranoia