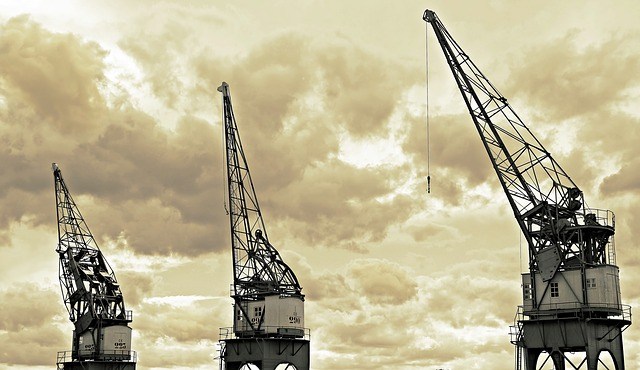 The following study on the economics, politics and morals of socialism and capitalism is a systematic treatise on political theory. Interdisciplinary in scope it will discuss the central problems of political economy and political philosophy: how to organize society so as to promote the production of wealth and eradicate poverty, and how to arrange it so as to make it a just social order.

But in doing this I will also constantly touch upon and illuminate social and political problems in the narrower, more common sense of these terms. In fact it is one of the major goals of this treatise to develop and explain the conceptual and argumentative tools; economic and moral needed to analyze and evaluate any kind of empirical social or political system, to understand or appraise any process of social change and to explain or interpret similarities as well as differences in the social structure of any two or more different societies.

‘Economy’ is defined in this lesson as the wealth and resources of a region in terms of the production and consumption of goods and services. There are two types of economies: formal and informal. Formal economies consist of those driven by the market or government while informal economies exist without formalized policies or regulations.

Formal economies operate within limits of established and monitored policies and regulations. Capitalism and socialism are formal economies.

Capitalism as a political system gradually grew up in Europe since medieval times but it was about the middle of the 19th century when many people realized that despite all of the technological progress they could not accept the injustices of the social order associated with it. The term “capitalism” was a natural for naming a system where capital and the people enriched by it – capitalists – flourished. “The Communist Manifesto,” published in 1848 by Karl Marx and Friedrich Engels is considered the pivotal moment in people starting to use the terms “capitalism,” “socialism” and “communism” as descriptions of diverse political concepts. One should note that from the start capitalism as the existing political system had a bad reputation and socialism and communism as ideas of a better future were perceived as noble.

Later on capitalism found its ideological defenders. On the economic side it would be the Austrian School of economic thought; on the philosophical end it would be the writings of Ayn Rand and the followers of each. Correspondingly in the 20th century socialistic concepts were implemented in many countries, mostly with disappointing results. However the original attitude that capitalism is bad and socialism is good is still lingering around as all shortcomings of the capitalistic system are often interpreted as the evidence of its inalienable and deplorable faults but all shortcomings of the socialistic system are interpreted as imperfections in implementations of an otherwise supreme political order.

In a purely capitalist economy there would be no public schools, no State owned or maintained roads and highways, public works, welfare, unemployment insurance, workers compensation, Social Security benefits, etc.

Capitalism is characterized in the following ways:

The U.S. is considered to be a capitalist economy along with most of the modern world, however economists are quick to point out that almost every society has a socialist aspect or program within it.

The advantages of capitalism include:

The disadvantages of capitalism include:

The University of Idaho and any other public school or university is a “socialist” institution and those who attend it or work for it are partaking in socialism because it is owned and operated by the State of Idaho.  The same is true of federal and State highways, federal and State parks, harbors etc.

Socialism is characterized in the following ways:

For example, in the U.S. we have Medicare, social security benefits and social nutrition assistance programs that are considered socialist in nature.

The advantages of socialism include:

The major differences between capitalism and socialism revolve around the role of the government and equality of economics. Capitalism affords economic freedom, consumer choice and economic growth. Socialism which is an economy controlled by the State and planned by a central planning authority provides for a greater social welfare and decreases business fluctuations.
Capitalism just happened. It emerged from a spontaneous technological progress and associated with it social and political developments. Socialism is a human invention; it represents a human desire to take control of the social progress. It is no coincidence that many socialists call themselves “progressives.” This approach is sometimes called a “scientific socialism“ as it means that for the first time in the history of humankind, people take a systematic critical view of the existing political order and by collective action decide to change it. Socialists take a lot of pride and satisfaction from forming and implementing policies that change the world presumably for the better.

Most generally communism refers to community ownership of property with the end goal being complete social equality via economic equality.  Communism is generally seen by communist countries as an idealized Utopian economic and social state that the country as a whole is working toward; that is to say that pure communism is the ideal that the People’s Republic of China is working toward.  Such an ideal often justifies means that are not themselves communist ideals.

Fundamentally communism argues that all labor belongs to the individual laborer; no man can own another man’s body and therefore each man owns his own labor.  In this model all “profit” actually belongs in part to the laborer not or not just those who control the means of production such as the business or factory owner.  Profit that is not shared with the laborer therefore is considered inherently exploitive.

Socialism is commonly regarded as an economic system that seeks to achieve equality among members of a society. Communism on the other hand is both an economic system that seeks equality among members of society and a political ideology that advocates a classless and stateless society and rejects religion. It is regarded as a more extreme form of socialism.

The views of socialism and communism also differ in the distribution of wealth produced by the economy. Socialism supports the view that the goods and services produced should be dispensed based on the productivity of an individual. In contrast communism believes that the wealth should be shared by the masses based on the needs of the individual.

There are two (2) kinds of properties in socialism: (1) personal property that an individual can own and enjoy and (2) industrial property that is dedicated for the use of producing society’s goods. Individuals for example can keep their digital cameras but cannot retain a factory that produces digital cameras. While personal properties can be kept, socialists make sure however that no private property will be used as an instrument for oppression and exploitation. In comparison communism treats all goods and services as public property to be used and enjoyed by the entire populace.

Finally socialism and communism differ in their views on capitalism. Socialists regard capitalism as a threat to equality and public interest. They believe however that there is no need to eliminate the capitalist class because it can be used as a good instrument in the transition to socialism as long as it is properly controlled. Socialists also believe that capitalism can exist in a socialist State and vice versa. From the point of view of the communists capitalism must to be destroyed totally in order to give way to a classless society.

Communism stands for equal sharing of work according to the benefits and ability.  But in capitalism an individual is responsible for his works and if he wants to raise the ladder he has to work hard.

Moreover communism stands for a class less society, which doesn’t see any difference between the rich and the poor. On the other hand capitalism divides the society into rich and poor. Capitalism can be said to be the exploitation of the individual. While everyone is equal in communism, there is a great divide of the class in capitalism.

Capitalism vs Socialism vs Communism

Capitalism is based on private ownership of the means of production and on individual economic freedom. Most of the means of production such as factories and businesses are owned by private individuals and not by the government. Private owners make decisions about what and when to produce and how much products should cost. Other characteristics of capitalism include the following:

Free competition. The basic rule of capitalism is that people should compete freely without interference from government or any other outside force. Capitalism assumes that the most deserving person will usually win. In theory prices will be kept as low as possible because consumers will seek the best product for the least amount of money.

Supply and demand. In a capitalist system prices are determined by how many products there are and how many people want them. When supplies increase prices tend to drop. If prices drop demand usually increases until supplies run out. Then prices will rise once more but only as long as demand is high. These laws of supply and demand work in a cycle to control prices and keep them from getting too high or too low.

Karl Marx the 19th century father of communism was outraged by the growing gap between rich and poor. He saw capitalism as an outmoded economic system that exploited workers which would eventually rise against the rich because the poor were so unfairly treated. Marx thought that the economic system of communism would replace capitalism. Communism is based on principles meant to correct the problems caused by capitalism.

The most important principle of communism is that no private ownership of property should be allowed. Marx believed that private ownership encouraged greed and motivated people to knock out the competition no matter what the consequences. Property should be shared and the people should ultimately control the economy. The government should exercise the control in the name of the people at least in the transition between capitalism and communism. The goals are to eliminate the gap between the rich and poor and bring about economic equality.

Socialism like communism calls for putting the major means of production in the hands of the people either directly or through the government. Socialism also believes that wealth and income should be shared more equally among people. Socialists differ from communists in that they do not believe that the workers will overthrow capitalists suddenly and violently. Nor do they believe that all private property should be eliminated. Their main goal is to narrow, not totally eliminate the gap between the rich and the poor. The government they say has a responsibility to redistribute wealth to make society more fair and just.

There is no purely capitalist or communist economy in the world today. The capitalist United States has a Social Security system and a government-owned postal service. Communist China now allows its citizens to keep some of the profits they earn. These categories are models designed to shed greater light on differing economic systems.

Thanks For Taking Time & Supporting www.loyaldetermined.com

We Highly Appreciate Your Donations & Your Support. Thanks for Being Loyal Viewers.

HOW TO CURE BEING BURNED OUT